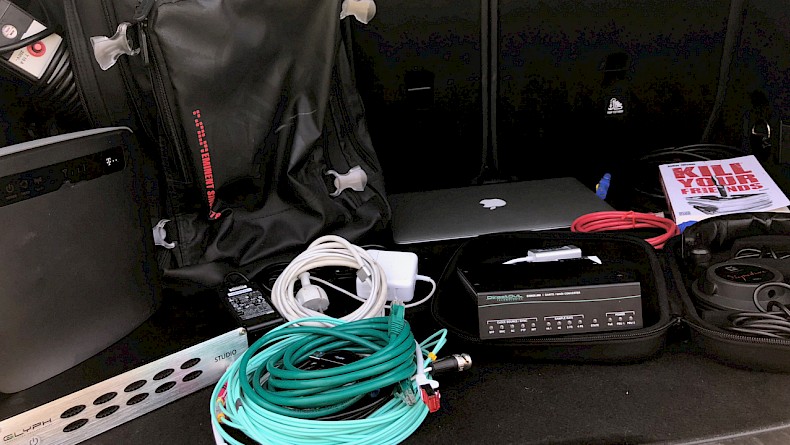 The Other Side Of The Table · Part 2

A rucksack packed with high-tech gear is all it takes to record tracks for musicians in 2018… and the future. Not always the case, but happening much more often.

- a set of network-and audio cables

- a pair of Ultrasone headphones

- and a good paperback book to read while the others are still setting up.

Stow away your luggage during taxi, takeoff and landing… 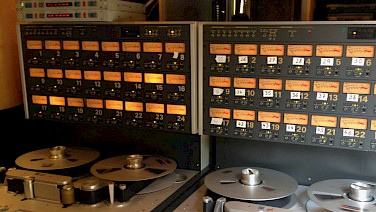 The Other Side Of The Table · Part 1

In the 'good old days' (the last time was in 2012), when we recorded superstars - artist, artist, artist, artist - on our favourite medium of analogue tape, we needed a big truck, lots of diesel, a huge mixing console, large crew and big budgets. 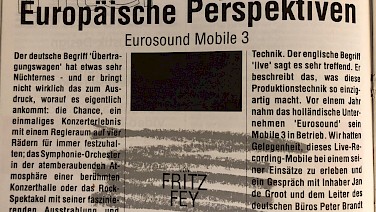 Europe, where are you going?  …business as usual?

These are strange and worrying times.

As international travellers for many decades we have crossed numerous borders, visited a huge number of countries around the world, met many open-minded people of all colours and creeds, experienced a variety of cultures and enjoyed the privilege of living in a peaceful community - but now we are concerned.

We have seen borders open up, walls come down, introduction of a common currency, the disappearance of bureaucracy, carnets and other logistical travel hurdles and the growth of the global village.

Ignoring what is happening in the US for a moment, it is hard to believe that the shutters are coming down again and Europe is taking a major leap backwards.

Let us hope that this potential Dystopia does not turn into reality and that soon we do not have to start again from scratch.

I recently discovered an old interview titled “Europäische Perspektiven” written by Fritz Fey of www.studio-magazin.de way back in 1989.

It feels good to appreciate these perspectives in our little 'audio-universe' and I personally, am happy to have had an international team of talent on-board now for many years.

-taken from our February 2017 newsletter